MPs from British Parliament, European Parliament, Indian Parliament and Deputy Head of Mission of European Union delegation in India participated in the virtual launch ceremony EuropeIndia40 Leaders list, the most authoritative list of young leaders who are playing a key role in promoting EU India relations and UK India relations, was announced during the virtual ceremony on 5th November. The 2021 Class of EuropeIndia40 list comprises of 22 women and 18 men and represent 19 d
0 comments

An annual listing of 40 leaders under the age of 40 who are doing great work in the EU India corridor and UK India corridor. Are you a young leader below the age of 40 who is playing a role in promoting a stronger EU India relations/ UK India relations, either through your business activity, think tank, NGO, Charity, trade body etc or do you know someone who is active in this space and and would like to nominate them to the 2021 class of #EuropeIndia40 leaders list ? Then go
0 comments 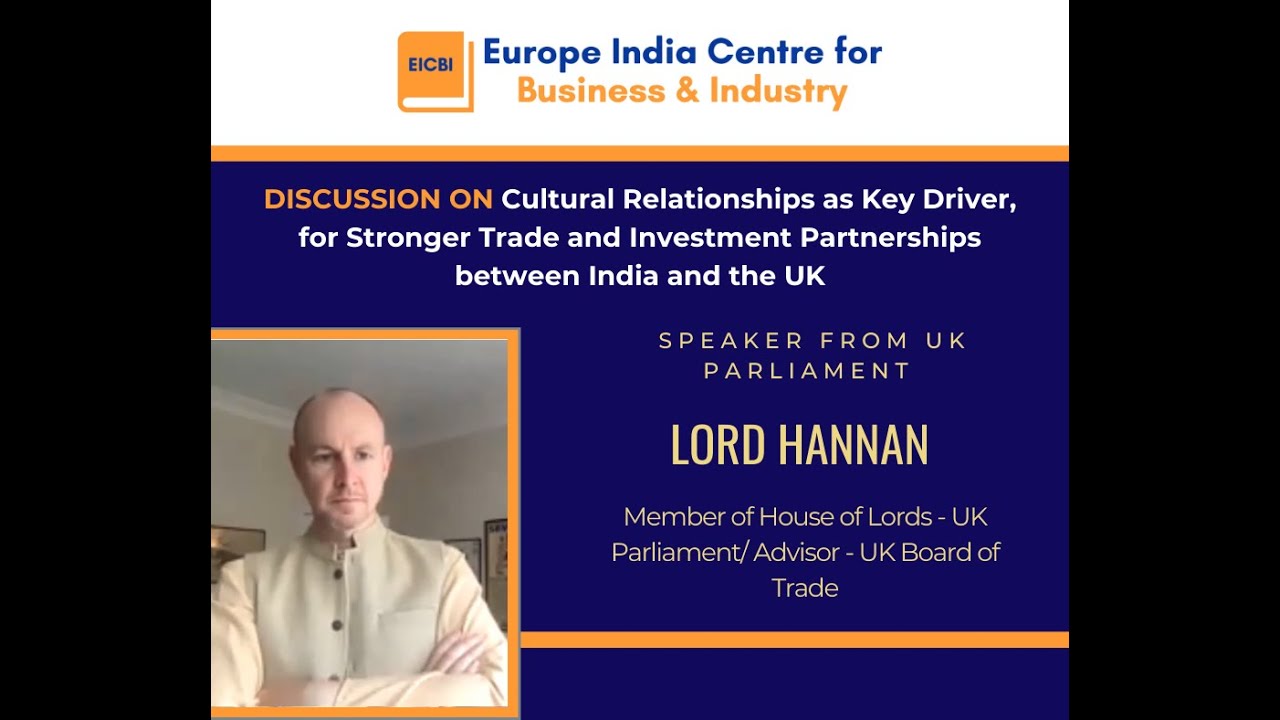 Lord Hannan, Member of House of Lords - UK Parliament, on Cultural relationship between India and UK

Lord Hannan is the Member of House of Lords - UK Parliament/ Advisor - UK Board of Trade Delivering his keynote address, Lord Hannan began his talk by congratulating EICBI for hosting this summit and its continued efforts for enhanced trade cooperation between India and UK. He recognised the necessity of free trade, as there are no losers in it and urged for concluding the FTAs between both India-UK and India-EU for the prosperity of all. He mentions that it is a peculiar opp
0 comments 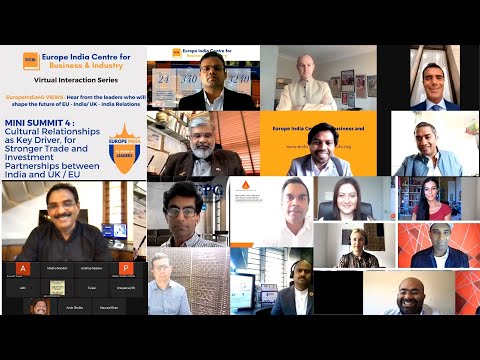 As part of Europe India Centre for Business & Industry’s (EICBI) campaign called “EuropeIndia40 VIEWS: Hear from the leaders who will shape the future of UK–India/ EU–India relations’’ an initiative to promote the works of #EuropeIndia40 leaders and which involves participation of Members of Parliament from India/ UK and European Union, the 4th MINI SUMMIT was successfully delivered virtually on the 2nd July, 2021. The 3rd Mini Summit was on Strengthening business co-operatio
0 comments 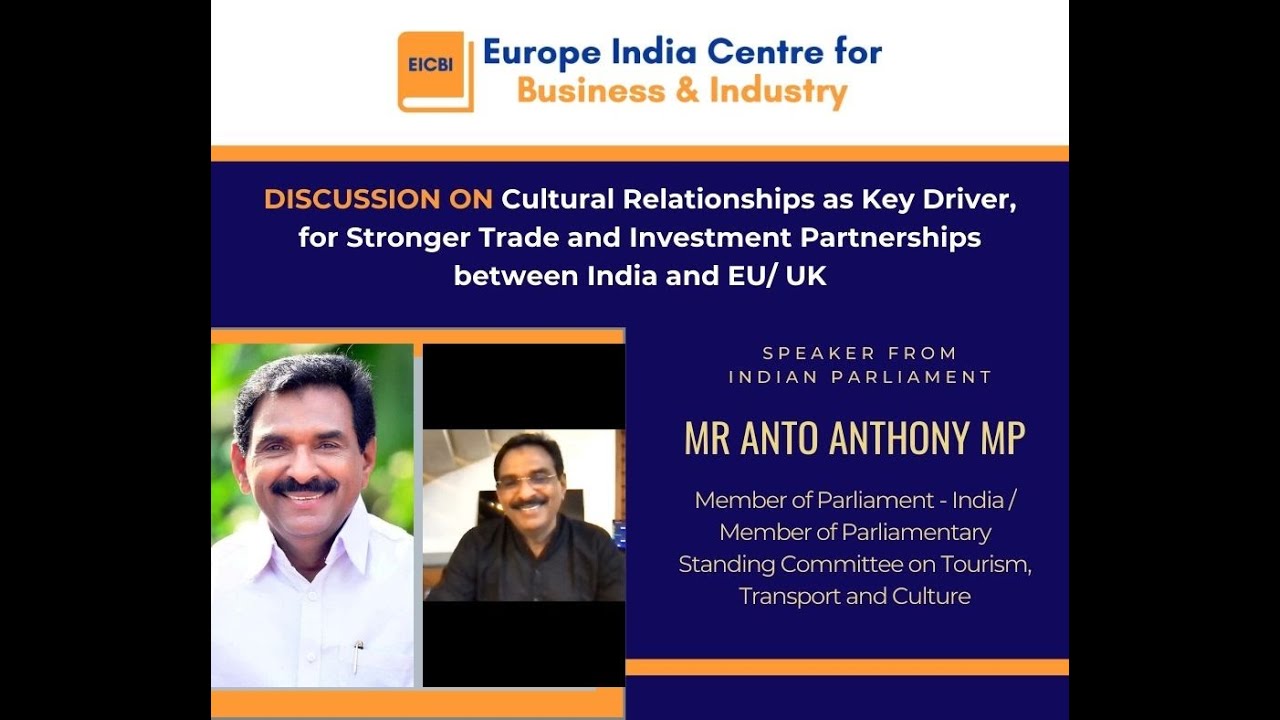 Mr Anto Anthony MP is the Member of Parliament – India / Member of Parliamentary Standing Committee on Tourism, Transport and Culture Mr Anto Anthony spoke during EICBI's virtual summit on Cultural Relationships as Key Driver, for Stronger Trade and Investment Partnerships between India and UK / EU' which was held on 2nd July, 2021 He began his keynote address by sharing happiness to be part of the summit and commending EICBI for the tremendous work done by it in bridging the
0 comments 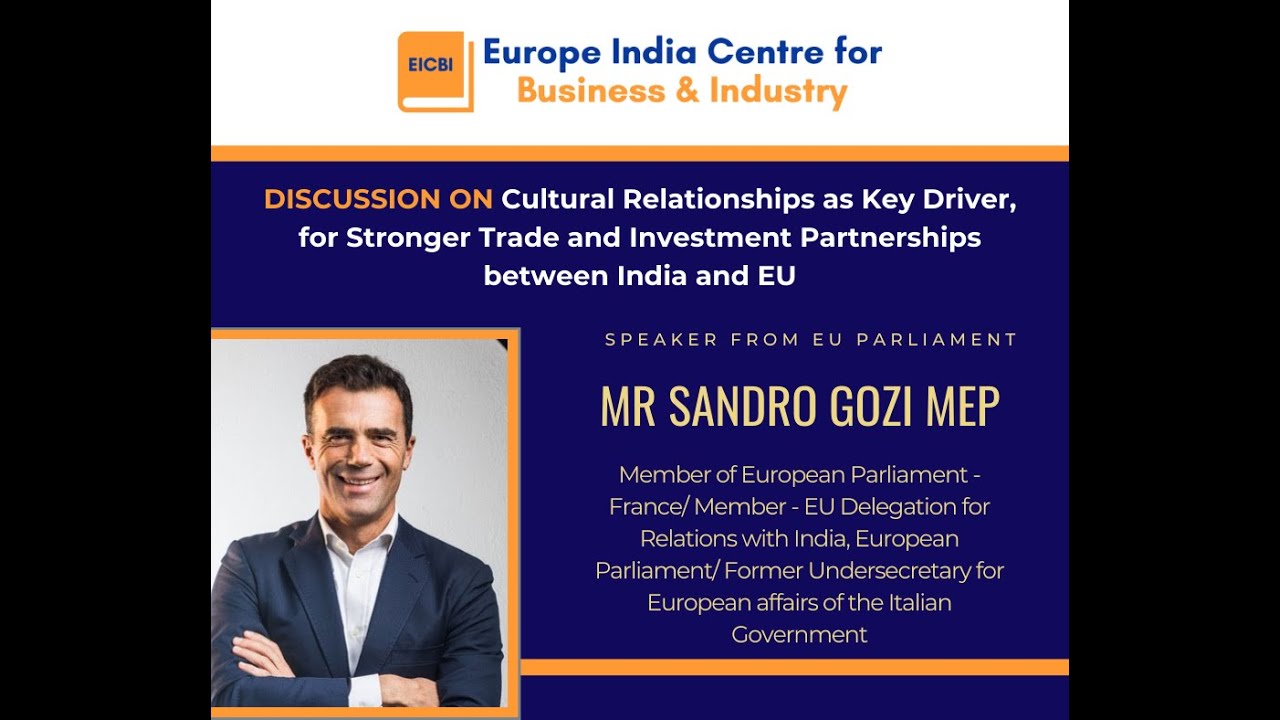 Mr Sandro Gozi is the Member of European Parliament – France/ Member – EU Delegation for Relations with India/ Former Undersecretary for European affairs of the Italian Government Delivering his keynote address during the virtual summit on Cultural Relationships as Key Driver, for Stronger Trade and Investment Partnerships between India and EU, Mr Sandro Gozi, began his speech by expressing his admiration for India, her culture and democracy. He mentioned how India and the E
0 comments

Mr Soren Gade is the Member of European Parliament and the Chairman of the European Parliament's EU Delegation for Relations with India Mr. Soren Gade MEP delivered the first Keynote for our virtual summit on Strengthening business relationship between India and the EU. He spoke about how he had a few primary objectives and ideas on how the European Union and India can develop a closer bond and have more business cooperation in the future on becoming the chairman of the Europ
0 comments

As part of EICBI’s campaign called “EuropeIndia40 VIEWS: Hear from the leaders who will shape the future of UK–India/ EU–India relations’’ an initiative to promote the works of #EuropeIndia40 leaders and which involves participation of Members of Parliament from India/ UK and European Union, the 3rd MINI SUMMIT was successfully delivered virtually on the 30th of April 2021. The 2nd Mini Summit was on the Green Economy & Climate Change Cooperation between India and the Europe
0 comments

As part of EICBI’s campaign called “EuropeIndia40 VIEWS: Hear from the leaders who will shape the future of UK–India/ EU–India relations’’ an initiative to promote the works of #EuropeIndia40 leaders, the 2nd MINI SUMMIT was successfully delivered virtually on the 26th of February 2021. The 1st Mini summit was on the IMPACT OF BREXIT ON EU INDIA AND UK INDIA RELATIONS AND WAS HELD on 22nd January. The Mini Summit saw prominent current leaders sharing the stage with EuropeIndi
0 comments

European Environment agency , www.eea.europa.eu Europe’s work on Green economy Recently, the topic of green economy has been in the limelight, it has been quite a few years since it has become one of the priority criteria for government and intergovernmental organization in Europe. They have introduced a wide range of programs to practice the system wherein some measures are taken to protect socio-economic systems which are set within the planetary boundaries. This type of ec
0 comments

Photo by ThisisEngineering RAEng on Unsplash All developments are not against nature! Industry 4.0, has brought in revolutionary development in terms of technologies. Machine learning, Artificial Intelligence, IoT, Cloud computing, Cyber-physical systems have collectively contributed to achieving the goals of better connectivity, efficient process, increase coordination, and the development of new business models. The far-sighted concept that has evolved with these technologi
0 comments

Photo by Dave Herring on Unsplash EU Biodiversity strategy for 2030 is one of the numerous strategies under the European Green Deal. Nature provides us with the food that we eat, materials to build structures, a solid ecosystem that filters our air and water, keep the environment in equilibrium, helps cope with global warming, and also additionally provides for the economy, which makes biodiversity essential for the sustainability of our lives. The imbalance in nature’s equil
0 comments

Prime Minister of India, Mr. Narendra Modi has envisioned making the country a 5 trillion dollar economy by 2024. Realizing this dream is challenging task especially in the post-pandemic world but the most arduous task would be to build it as a green economy. Being the third-largest carbon emitter, India undoubtedly has a major role in limiting GHGs (Green House Gases) emissions to achieve the 2 degree Celsius global warming target. Despite the aforementioned challenges and r
0 comments

IMPACT OF BREXIT ON THE UK-INDIA AND EU-INDIA RELATIONS

2020 class of 40 under 40 Europe India Leaders list (#EuropeIndia40) was released virtually on 27th November 2020 as the corona virus Pandemic had effected plans to have a physical event during the year. #EuropeIndia40, an initiative of EICBI which is in its 2nd year to discover Top 40 under 40 Europe India Leaders, covers the stories of young leaders and their contributions in promoting EU India / UK India relations. ​ For the virtual release ceremony, we had Leaders from Br
0 comments 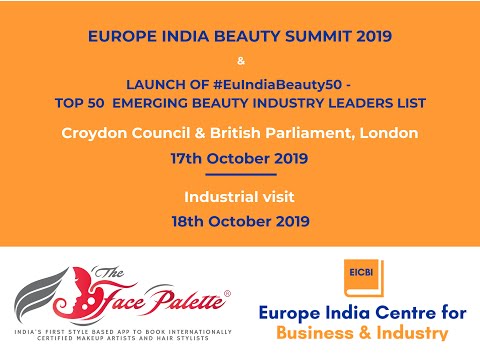 Beauty Industry leaders from India, EU and UK to meet in London to explore potential areas for colla

Europe India Business Leaders Conference is being organised by EICBI on 10th and 11th April with discussions and interactions on 10th April in Brussels and industrial visit to Wallonia on 11th April For Immediate press release Europe India Business Leaders Conference 2019' (EIBLC2019), our 23rd summit in the European Union during the course of this decade, is a must-attend event for founders and established business leaders looking for new markets and growth opportunities fo
0 comments

THE MEET Various reports have suggested that Indian companies invest more in the UK than whole of European Union ( EU ) put together. Also, there is very less awareness of opportunities in India amongst small-scale companies in EU and vice versa. In the light of these challenges, Europe India Business Summit 2018 was held in Brussels, the political capital of European Union, over the period of two day i.e on 25th September and 26th September so as to help Indian companies to
0 comments
1
2
3